Photos: View Photo Gallery: The 36-year-old Miller is training for the Sochi Olympics, which would be his fifth Winter Games.

KRASNAYA POLYANA, Russia — Between them, they have appeared in seven previous Olympic Games and won eight Olympic medals. No American male skier has earned more medals than Bode Miller, whose five include a surprising and inspiring gold in the super-combined four years ago. No American woman has won more Alpine skiing medals than Julia Mancuso, whose three include gold in giant slalom eight years ago.

They arrive here, to the peaks high above the Mzymta River, with similar goals and vastly different approaches. Miller is 36, in Russia for his fifth Olympics. He is searching for inspiration.

“I’ve kind of been here and done this,” Miller said Thursday. “Not to take anything away from the Olympics, but it just isn’t the same after you’ve done this as many times as I have.”

Mancuso is 29, an Olympian for a fourth time. Everywhere she turns, she sees a reason to excel.

“My Olympic experience is really exciting, and I just get fueled by the energy,” Mancuso said. “And it doesn’t matter if this is my first time or my fourth time. I feel the same.”

They are, in the days before the Sochi Olympics, the pillars of an American Alpine team that carries with it expectations founded on both a wildly successful 2013 World Cup season and the eight medals won four years ago in Vancouver — including gold, silver and bronze for Miller and a pair of silvers for Mancuso. They know, too, that more of the country’s interest will fall to them, both because four-time World Cup overall champ Lindsey Vonn is back in the United States, lost for these Games to a knee injury, and because the two other potential stars — Ted Ligety and Mikaela Shiffrin — don’t take to the mountain before the Games are a week old.

And even as they were the best Americans in Thursday’s initial downhill training run — Miller was the fastest man, Mancuso the third-fastest woman — their differences appeared stark.

“I guess maybe perspective and age and stuff, you see the advantages of being not just young but being maybe a little bit more naive and a little bit more excitable,” Miller said at an afternoon news conference, seated next to a pair of Olympic rookies. “Having that kind of emotional arousal control can be a hindrance sometimes. When it’s the Olympics and you want to go way past your limits in certain circumstances, so you make sure you do everything you can, I think it can be a hindrance to be in your fifth Olympics with 400-something World Cups behind you. I do get less nervous. I do get less excited.” Photos: View Photo Gallery: As the Sochi Games get underway, the U.S. team will feature fresh faces and seasoned veterans. Here are 14 worth keeping an eye on during the ’14 Olympics.

This would fit into the Miller existence, one in which a contradiction or a contrarian thought seems to lurk around every corner. He said all this while circuitously identifying himself as a favorite to medal here, because he is far more fit than he was prior to Vancouver, when he said he got by mostly on guile. His recent results, too — third in a super-G and second in a downhill late last month in Kitzbühel, Austria — have others here believing he will contend, regardless of where he finds his fuel.

“You can see he’s been building all summer and all season to this moment,” said Travis Ganong, one of the four American men who will race in Sunday’s downhill. “. . . He’s really coming into peak form right now, which is cool to see. He had a good program leading up to this point, and now he’s looking like he’s getting in position to really have a good chance to medal here.”

Mancuso, too, has a good chance to medal here, both because of her recent solid results — three straight top-10 finishes around a training run win in Cortina d’Ampezzo, Italy — and because of her reputation for embracing the occasions that make others shrivel. In 2010, she was coming off an injury-plagued season and yet won as many medals as the much-ballyhooed Vonn, silver in both the downhill and combined. The Olympic experience — anchored in the fact that her home town of Squaw Valley, Calif., hosted the 1960 Winter Games — drives her.

“I think there’s just so many good skiers out there who just can’t pull it together on race day, and it’s always been about being mentally there,” Mancuso said. “You also see racers that they just can’t ski for crap, but they just kill it. I think it’s 99 percent mental.”

Mancuso reflected Thursday on her first Olympics, the 2002 Salt Lake City Games when she was still a teenager. There, she had none of the perceived pressures she does now — no real medal hopes, no eyes on her. She attended other events. She went to concerts.

“I learned from that just to, no matter what, always take it all in,” she said.

Miller has taken it all in, as well, just differently. After making his Olympic debut at the 1998 Nagano Games, he won silvers in both giant slalom and combined in Salt Lake City. That set him up for what seemed to be his defining Olympic experience — the flameout in 2006, when he was favored to be the star in Turin, yet didn’t win a medal and came off as ambivalent about the entire affair.

Now, it’s different. His breakout in Vancouver helped him appear to care, even deeply. “I’m much more focused,” Miller said Thursday. Still, he needs to summon more. He recalled his old teammate, Daron Rahlves, beating him repeatedly at Kitzbühel, Rahlves’s favorite mountain. “It wasn’t about technical ability,” Miller said. “It was about emotion and enthusiasm and desire.”

So he knows, just as Mancuso does, the importance of those qualities at an event that happens once every four years.

“I can’t say I’m not excited,” Miller said. “But hopefully Opening Ceremonies will stir some of my emotions.”

Emotions that, in Mancuso, are already stirred. 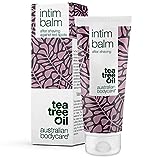 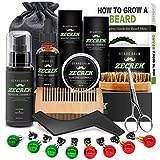 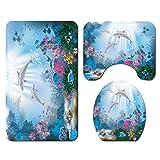 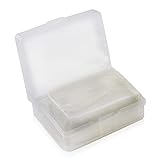 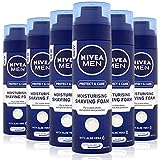 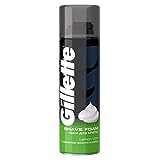 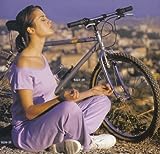 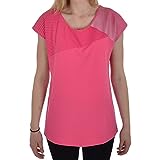 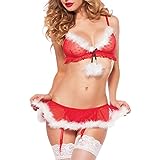